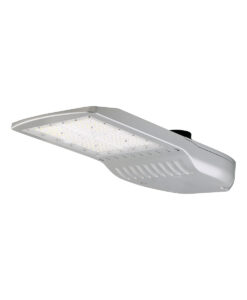 The general purpose of outdoor street light is to provide improved visibility for the various users of the roadways and associated facilities. An LED roadway light is an integrated light that uses light emitting diodes (LED) as its light source. These are considered integrated because the luminaire and fixture are not separate parts. Most LED outdoor street lights have a lens on the LED panel, which is designed to cast its light in a rectangular pattern aiming the majority of the light to the street side. The primary appeal of LED roadway lighting is energy efficiency compared to conventional roadway lighting fixture technologies. LED fixture uses considerable less electricity than the traditional light fixtures. In addition, high mast lights will have a longer life than the traditional light fixtures. This results in a reduction in maintenance cost. Browse PacLights LED Roadway Lighting offers to find out how we can help.

We are here to help

Questions? We are here to help! Locate your local Sales Representative and Distributors. Plan ahead with a Free Lighting Layout from us for your project.

Because of their energy efficiency and long lifespan, LED street lights are advocated as a means for reducing carbon emissions. According to one estimate, converting all American light fixtures to LEDs would halve the amount of energy used for lighting in the country. LED roadway lights are quick to turn on. They don't produce ultraviolet light, which is what attracts bugs. Because they produce "directional" light -- light emitted in one direction, rather than a diffused glow -- they can be used to direct light on specific areas. Unlike compact fluorescent lamps, they can be dimmed, allowing for more flexibility in controlling light levels. With the help of PacLights roadway lighting controls, Some cities have harnessed outdoor LED lights with sensors to create clever effects, such as increasing in brightness when a pedestrian walks by.